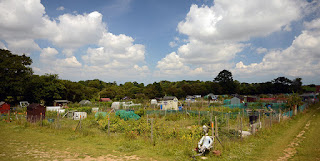 Enormous waiting lists, pigeon lofts and 'dead man's shoes'
Waiting lists of around six years are stopping British families from going green and taking allotments on which to grow their own produce.
That's the opinion of an environmentally-conscious green fingered waste management company which says that many council- and committee-run allotment spaces are literally a case of "dead man's shoes", where the same people hold a plot for years and decades at a time.
On top of that, councils that are hard-pushed for budgets are tempted to sell off land for development, meaning there's ever decreasing space, the BigGreen.co.uk company says.
"Just at a time and more and more people are looking to grow their own produce, they're finding that the door has been slammed in their face," says Big Green spokesperson Mark Hall. "So many people have small gardens or no garden at all, meaning an allotment is the only real chance they have."
BigGreen.co.uk spoke to councils across the UK to find out how long the waiting lists were for an allotment. The authorities who released figures led Big Green to find that:
"The major problem is the lack of allotments for the folk who want to work them," says BigGreen.co.uk 's Mark Hall.
His solution is simple: "The average 10 pole (about 250 square metre) allotment is a lot of work for the average family. Split them in two, and double the number of available plots," he says. "Perhaps split them into three or four to give families a taste of growing produce, but on a big enough plot to bring decent results."
People are clearly getting impatient at the long waiting lists, and seem to think that the system is broken or skewed against new blood. BigGreen.co.uk spoke to some people on council waiting lists across the UK and heard:
Those are damning words, BigGreen.co.uk says which lead on to other arguments: "There also needs to be a national debate about preserving allotment land," Hall says. "It's important green space, but all too easy for councils to earmark for development. Once that land's gone, it's gone. And that money only fills a budget hole for a single year."
One of the biggest problems that people on waiting lists find is people who occupy multiple allotments, or pay for a plot but don't use it as intended (or even at all).
"There's nothing worse than going down your local allotment site to find whole plots of land that have clearly not been cultivated for some time. The council direct debit is collected every year, so they seemingly don't care if it's left fallow," says Mark Hall. "We also know of plots which are nothing but pigeons, goats and chickens, and some who cultivate flowers and 'organic' crops sell at a profit. That's not what allotment ownership should be about."
Councils should also be stricter about multiple-occupiers who have a number of plots as well as commercial operations, denying other local people the chance to cultivate some land: "It's clear that many local authorities need to urgently reform their allotment provision. It's easy for users to abuse the system, when keen people are left kicking their heels, waiting for their turn," Hall says. 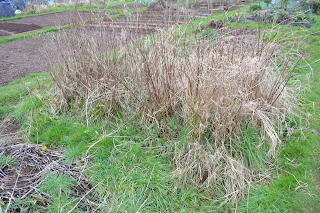 Unfortunately, such is the way the system works, new tenants have to wait for the previous person to actually die before they can take over a plot. There must be a better way of dividing up land and introducing new blood, BigGreen.co.uk says – "Dead Man's Shoes" just isn't good enough.
BigGreen.co.uk says they recently heard of a council debating whether to increase the annual fee from £5 to £6 per year, and failing to come to a decision. And that's just goes to show how badly allotments are being handled by authorities.
"We'd pay ten times that much," says Mark, "If only we could get to the front of the queue!"
guest post from Big Green Waste Management

BigGreen.co.uk is a leading expert in recycling and waste disposal for businesses of all kinds.
We manage waste and recycling collections for companies in and around major towns at the best possible prices with an emphasis on sustainable solutions.
Our company is committed to reducing wasteful landfill, and works to help companies increase their recycling targets.
BigGreen.co.uk campaigns for tighter laws to discourage littering, wasteful behaviour, and to encourage greater recycling. We're the waste company that hates waste.
Website: http://www.biggreen.co.uk
Posted by clairesgarden at 3:59 pm 6 comments:


lecture on the barefoot hoof, about an hour long if you have time.
Posted by clairesgarden at 10:45 am 2 comments: