I'm not a salesperson 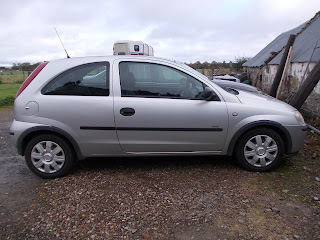 I am still a two car owner. I advertised the larger one and only got two offers to swap it for equally large , expensive to run, other cars.. now if I have to keep a big car at least I know whats been fixed and what hasn't on this one.
the smaller car was advertised and drew a phone call, a text message or an email .. approximately every five minutes for a week. even at 3am..... two people did look at it when I offered to take the car to them... but never called back after ''thinking about it'' and lots of other people engage in furious messaging sessions.. never actually call to talk. arrange to look at it and DONT' TURN UP.

I have removed advert . I'll put it back up later this week and specify to view on Saturday morning only.....
Posted by clairesgarden at 10:00 am 1 comment: