have you ever wondered. . . 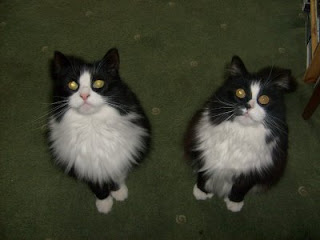 If the 24/7 shops are open 24 hours a day and 365 days a year, why do they have locks on the doors?
Why is there braille on the drive-through ATM?
Why are "Clothes Horses" called as such?
If the Black Box is indestructible why isn't the whole plane made from the same material?
Why doesn't Tarzan have a beard?
Why do we press harder on a remote control when we know the batteries are flat?
Why do banks charge a fee on 'insufficient funds' when they know there is not enough?
Why do Kamikaze pilots wear helmets?Why does someone believe you when you say there are four billion stars, but check when you say the paint is wet?
Whose idea was it to put an 'S' in the word 'lisp'?
What is the speed of darkness?
Why is it that people say they 'slept like a baby' when babies wake up every two hours?
If the temperature is zero outside today and it's going to be twice as cold tomorrow, how cold will it be?
How is it that we put man on the moon before we figured out it would be a good idea to put wheels on luggage?
Why do people pay to go up tall buildings and then put money in binoculars to look at things on the ground?
Did you ever stop and wonder......Who was the first person to look at a cow and say, 'I think I'll squeeze these pink dangly things here, and drink whatever comes out?
Who was the first person to say, 'See that chicken there... I'm gonna eat the next thing that comes outta it's bum.
Why do toasters always have a setting so high that could burn the toast to a horrible crisp, which no decent human being would eat?
Why is there a light in the fridge and not in the freezer?
Why do people point to their wrist when asking for the time, but don't point to their bum when they ask where the bathroom is?
Why does your Obstetrician, Gynaecologist leave the room when you get undressed if they are going to look up there anyway?
Why does Goofy stand erect while Pluto remains on all fours? They're both dogs !
If quizzes are quizzical, what are tests?
If corn oil is made from corn, and vegetable oil is made from vegetables, then what is baby oil made from?
If electricity comes from electrons, does morality come from morons?
Why do the Alphabet song and Twinkle, Twinkle Little Star have the same tune? Stop singing and read on.......
Do illiterate people get the full effect of Alphabet Soup?
Did you ever notice that when you blow in a dog's face, he gets mad at you, but when you take him on a car ride, he sticks his head out the window?
Does pushing the elevator button more than once make it arrive faster?
Posted by clairesgarden at 8:43 pm 4 comments: 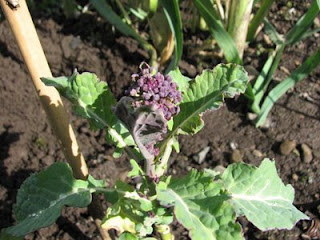 I've been trying to get some gardening done in-between showers, digging and weeding the veggy plots mostly. I found this little purple broccolli, its about a foot high and the broccoli was about an inch across, I say 'was' because I eat it immediately after photo shoot!

Posted by clairesgarden at 9:20 pm 3 comments: 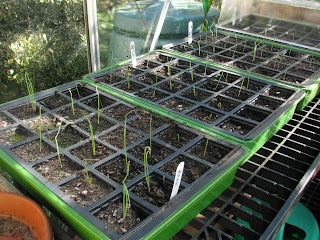 the onions are growing happily in the greenhouse, hopefully get them outside into a cold frame to start hardening off. the weather here is warming up and cooling down with startling unpredictability so I'm taking my time with the garden, and waiting longer than I might to get things started...or thats an excuse...I am more often to be out playing with Abbey... 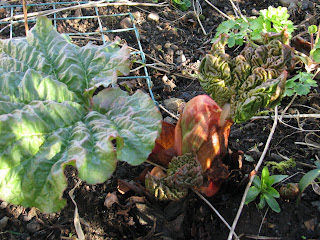 the rhubarb starts to unfurl itself, I love to see things growing.... 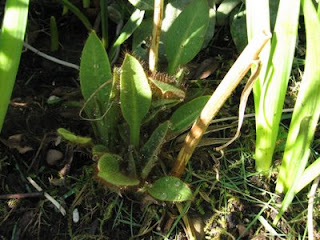 and these are the leaves of the blue poppy, I was worried it might not come back but here it is, unattended and quietly appearing 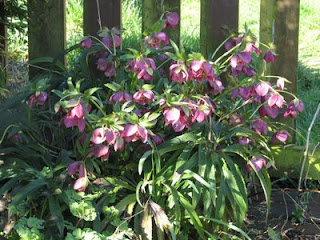 the hellebores are giving a good show, nodding their heads down to hide 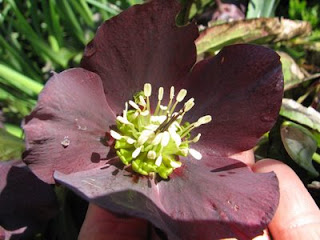 such a dark colour this one, I have to split this plant this year as I have a friend who really loves this, they don't like being disturbed so it may not flower next year after I have done this. it'll recover! 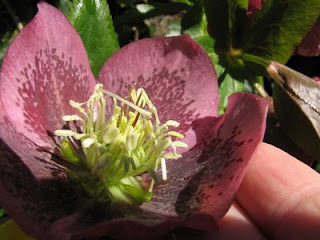 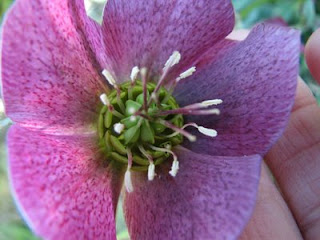 and this smaller one has doen really well this year, it might outgrow its space by next year. 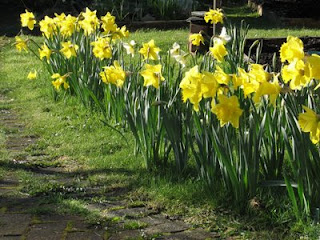 and the daffodills! I love daffodils!!
this afternoon I am off to move Abbey to a new stables. it wasn't my intention to move and move again but an opportunity has come up to go to a really nice place. I used to work there 20 years ago, for different people who had it then, but it feels to me like 'going home'. poor Abbey, to her it will probably feel like 'where am I? why am I here?' . . . she'll settle.
Posted by clairesgarden at 9:29 am 4 comments:

life in the garden 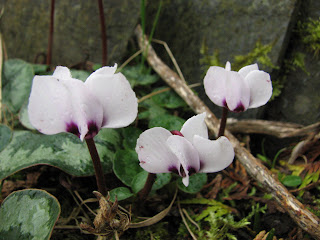 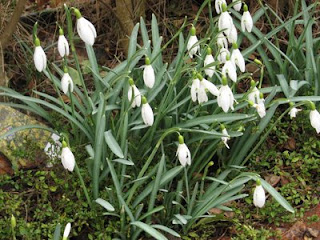 the snowdrops have been out for while and will probably be over soon...unlike the snow.... 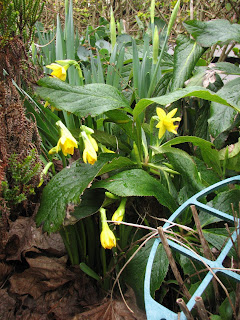 these little daffodils are always the first ones out, I forget the variety. 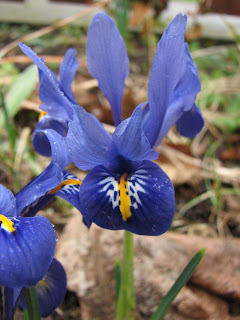 and Snap! with Wildside, here's the little iris in my garden!

Posted by clairesgarden at 1:23 pm 13 comments: