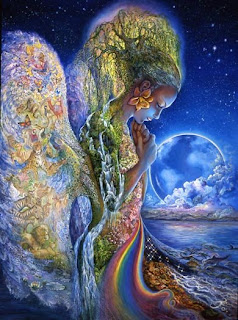 
thankyou to Bonnie for tagging me with this one

1. Pick up the nearest book.
2. Open it at page 123.
3. Find the fifth sentence/ phrase.
4. Blog the next four sentences/ phrases together with these instructions.
5. Don't you dare dig your shelves for that very special or intellectual book.
6. Pass it forward to six friends


jings, here's what came out of The Last Hours of Ancient Sunlight, by Thom Hartmann. I bought it with part of my christmas book money as its been on my permaculture list of things to read for a while.

=The notion that we're "of course" destined to donimate whatever we can had far-reaching implications. This "story about how things are" literally changed the world, often in very brutal ways.
It was the basis for the philosophy used to rationalize the Imperial Conquest of most of the world by Britain. It was the basis of Manifest Destiny in America, in which Congress decided that their idea of god wanted us to take over the continent, so we killed anyone who got in our way, resulting in the murder of tens of millions of Native Americans.=

this short extract may not make sense as its a 'part of the whole', and you really need the 'whole'. its a very good book , I suggest everybody should read it, get it from your local library if you can. its full of cheery stuff about the world and the energy as we know it running out and all of us probably dying a long and painful death, which we might deserve. . . .

and I'm going to do my usual and not name people to do(something to do with hating chain letters) this but if you want to have a go leave a yes in the comments.
Posted by clairesgarden at 7:38 am

that picture is worth at least a thousand words. you read some interesting stuff.

I studiously avoid the negative nay-sayers who castigate the human race and try to get us to believe that we're ruining the earth, etc, etc. What end does it serve to write such depressing words? There are far better ways to go about being good stewards of the earth...a cause which I'm wholeheartedly for.
Thom Hartmann appears to depict all of mankind as evil and arrogant conquerors, and I don't believe this is true.
The following statement, "..so we killed anyone who got in our way, resulting in the murder of tens of millions of Native Americans." is a falsehood..a typical exaggeration by this type of mindset.
Sorry to rant a little Claire, but I'm so aggravated by this kind of negativism. To my mind it does more harm than good...not to mention it depresses people to be told how bad they are. There are much better ways to motivate responsible behavior.

Grannyfiddler, its a beautiful picture, she has some out on posters but unfortunaly not this one.
Kerri, this book is on the reading list to make a point. its hard hitting all the way through and its trying to make people see. it made me really miserable but thats my mood today to begin with.