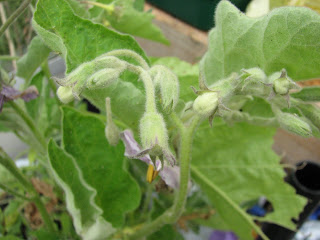 a little late, aubergines just starting to grow now.. its too cold and the green house will be emptied  in a month... 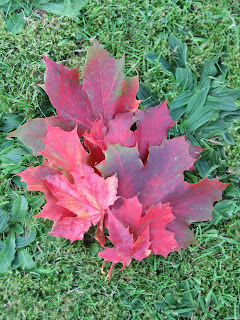 there was a frost this morning, and by the time I was up and out to the car it said 4C. the leaves are turning on the tree and starting to fall. 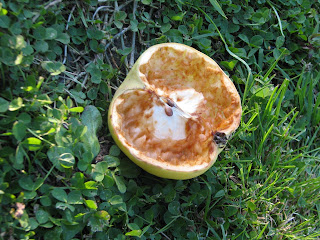 I halved some apples and put them on the grass.. the birds peck away at them, leaving little empty skins. 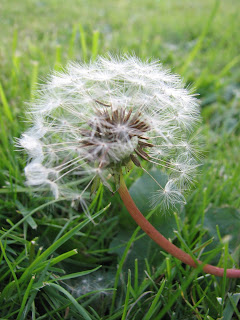 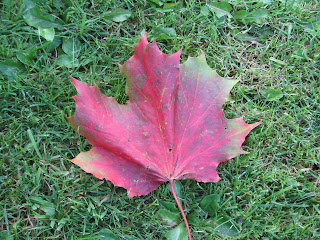 I've some nice fat tomatoes to eat, some cherry's too. several fat tomatoes still on the vines in the greenhouse, and a few bunches of cherrys.. still very green. there may be another cucumber by next weekend if it would stay warm enough for them to grow a bit. beans are pulled out, peas might have a bit of life in them, the broccoli is recovering a bit from the caterpiller onslaught now that the cold has taken them away to hibernate. some onions , beetroot and leeks still to pick, but they are fine in the ground for just now. a nice harvest to have re-started with, hopefully get more in next year. some years in the past I did have more than could be used in the moment , so I would freeze some, nice to have something you've grown to eat when all the garden is empty.

the shed got a second coat of protective paint, its about 15 years old I think, so hopefully that'll keep it going for another few years, it needs a couple of patches covered to stop rain getting in when the wind blows. the greenhouse still needs to have something done with it.. but who knows what or when or how, no glaziers to cut glass to the right size, and plastic is expensive. well, maybe next year. I managed with what I had available and that was ok.

I always wonder about the ''rules and regulations'' , don't have them here. people do what they like.

Posted by clairesgarden at 9:37 am 2 comments: 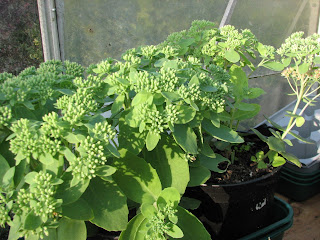 sedum, rescued from the undergrowth in the long border 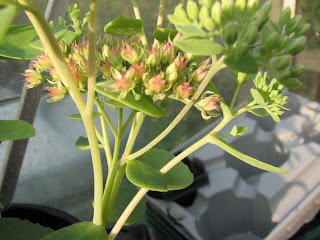 just starting to show pink or red flowers, it didn't need to be in the greenhouse but that's where it ended up.... lol 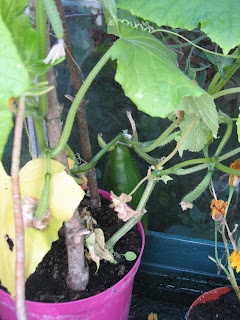 taking photos and I spot and actual cucumber, the first and possibly only this year. 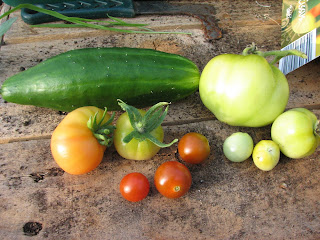 todays salad then, is three ripe cherry tomatoes and a cucumber, the other tomatoes will have to sit on the windowsill to ripen as their plant has given up. 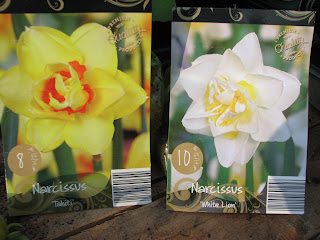 bulbs purchased at the grocery store, should be nice and cheery in the spring, just need to find a couple of pots for them 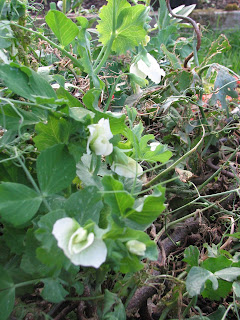 the sugarsnap pea has thrown out some more flowers so hopefully get a few  more bites to eat  in the next week or so, before the season is over altogether.

I didn't plant a big lot out in the garden, theres pickings for a few more meals , some broccoli still to come and still picking a few sugarsnap peas and broad beans. very surprisingly the courgette and pumpkin never did anything, somewhat eaten by things, but they really didn't grow. I have some idea in my head that the tenants may have used weedkiller, though this would be two years ago, maybe its lurking in the soil causing it to not be good for growing... a lot of things did a kind of half dying then recovering, then took ages to put on growth so something is not quite right. The weather has been up and down wildly in temperature too, so that may have set things back and caused uneven growth.
I deliberatley planted a little bit of each thing, not wanting to be overwhelmed and put myself off the responsibility of growing a lot of food. It was nice , early on, to be pottering in the greenhouse even though outside wasn't good weather. I did mean to sow several things sucesionally to keep the eating season going longer,  but whenever I made plans it would be vile weather or I was too tired from work.

Posted by clairesgarden at 6:43 pm No comments: 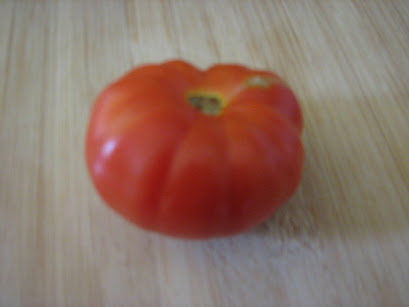 not the clearest photo , but I've eaten it now so can't retake it.... and I've saved some seeds from this one.
plenty of green ones waiting to ripen in the greenhouse but I think things are being held back by the low temperatures, not enough sun to heat the greeenhouse, and outside is cold and wet. things are still growing, eating sugar snap peas and broad beans.
Posted by clairesgarden at 10:26 pm 2 comments:

Designing a zero input farm, house and business for a more resilient life

Saving Tomato Seeds: How to Prepare and Store Seeds from Your Tomato Plants

Posted by clairesgarden at 5:40 pm 2 comments: 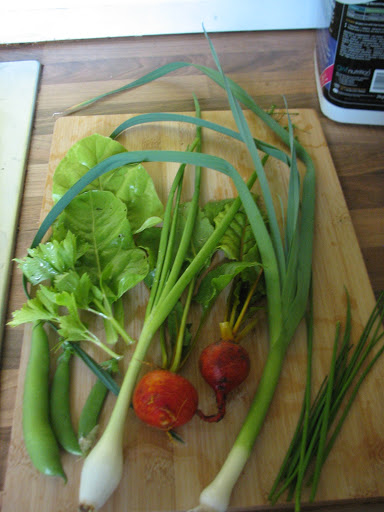 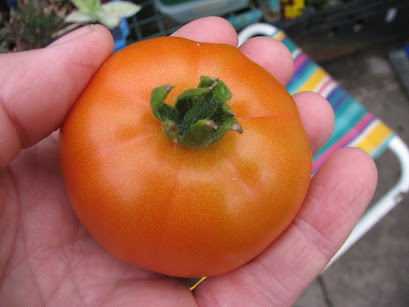 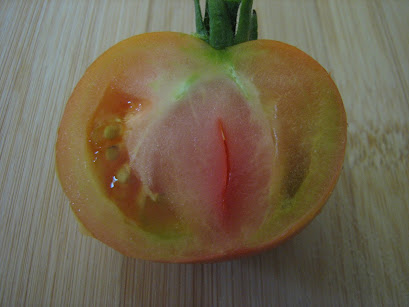 edited.... new interface causing problems...  probably designed for the all intrusive smart phone and not a laptop.........

Posted by clairesgarden at 7:46 pm 7 comments: