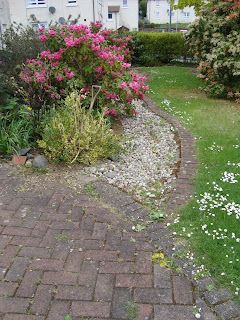 the box is being removed, so took some pictures before that was out.. I've already removed a considerable spread of its overgrown branches. likely some will sprout from the remaining roots. 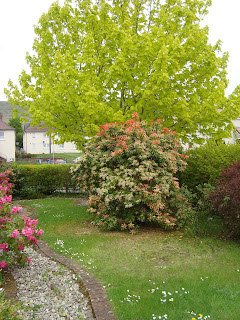 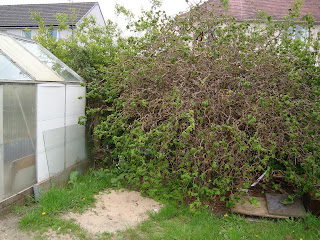 twisted hazel.. and strangely the greenhouse has solid sides... 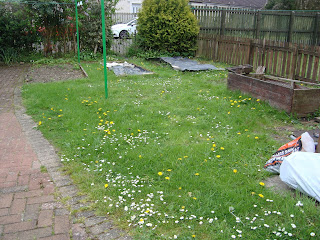 minus a veggy bed in the foreground.. allowed to grow over.. and only one cold frame 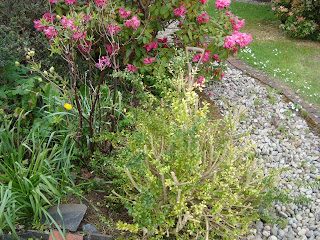 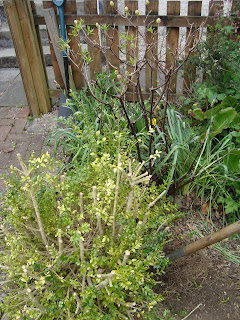 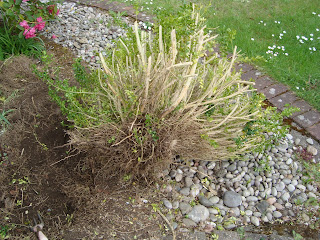 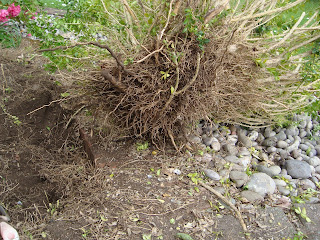 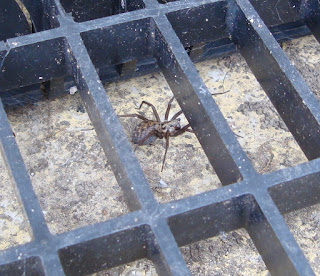 massive spider in the greenhouse 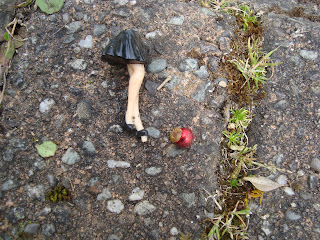 dug out.. put back in ... see if we can grow legs and christmas baubles..
Posted by clairesgarden at 9:33 am

Claire, it looks beautiful -- with lots of potential...
(I think I just might be tempted to stay and reinvent myself! LOL
But here I be.)

no particular reinventing... well some.. there is a kitty cat. post about him tomorrow. xx

checking back in for kitty cat update! LOL

he is very resistant to having his photograph taken. i'll see what i have on my camera and post those.