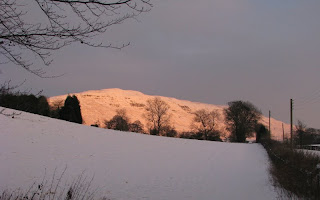 cold and beautiful, the hills catch the last of todays sun. 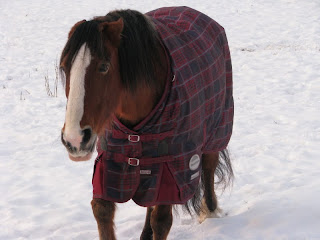 Abbey makes faces at all the other horses as she comes down to the gate, modelling her red tartan raincoat... the horses have been turned out in the snow but for a shorter period than they would normally be out, they like to get out but complain they are starving by the time they come back in. 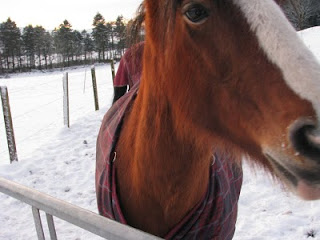 she discovers the camera is not edible..... 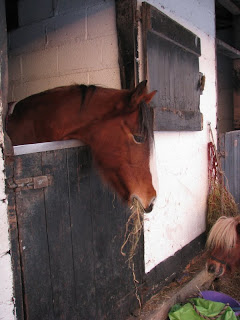 once she's in and has food she is more disposed to be nice to her fellow field mates, little Buttons would take the hay out of her mouth if he could reach! 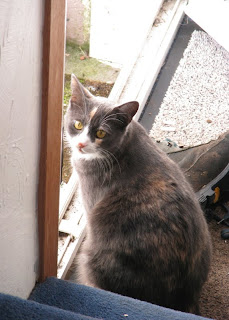 at home Smokey Tiptoes sits on the mat and looks at the snow but doesn't go out...she's a house cat now! 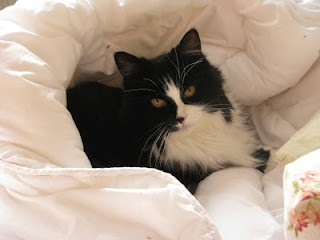 and Daisy gets to stay in bed all day. Tansy did go out for five minutes but declined to have an 'in focus' photograph today. I should try to get one her on 'her' futon...no other cats allowed on it apparently, I haven't tried sitting on it yet so I'm not sure if I'm included in the 'get off!!'
Posted by clairesgarden at 7:17 pm

christmas blessings on you and your four-legged friends, Claire, and wishing you all good things in 2010.

Lovely photos Claire. Your corner of earth is very appealing. May 2010 bring you great joy.

The snow is so pretty when viewing from the safety of my computer.

Happy new year. I hope the snow goes soon so you can find the grass to eat. Eating is my favourite occupation. Is it yours?